Sinister secret agents with shadowy employers and mysterious pasts. A bizarre landscape built from six- billion human minds. Arachnid-headed beings that guard a war-torn borderzone. And all the worst that Mankind has to offer, stalking the alleys and crumbling buildings of a place called Blue City.

Is it a dream? Is it a nightmare? Or is it just a game? And are you already playing?

"It may just be an infatuation brought about by playing in three games of Lacuna in the past two months, but this game is awesome. It starts out feeling like you are playing in the Matrix, but when a glitch occurs, instead of becoming more like the Matrix, it becomes more like Naked Lunch. Having Control (the game master) actually stand up from the table and start yelling at the players for doing exactly what we were told? Yeah, really set the tone of the game. It’s like Paranoia meets the Twilight Zone in a dream of Eastern Europe." - Dyson Logos, Dyson's Dodecahedron

“…elegant and simple mechanics for resolving conflicts…the inclusion of the heart-rate mechanic is fantastic [and] it’s one of the best pacing mechanics that I’ve seen so far…” - Paul Tevis, Have Games, Will Travel

“It is, in my view, the best work from Memento Mori by a considerable margin, and if you haven’t been paying attention, that means I think it’s one of the strongest RPGs in existence.” - Ron Edwards, Sorcerer

“This game is amazing. I think, and I can’t believe I’m going to say this, that this is Jared’s best design. And I think Inspectres is one of the best RPGs ever written.” - Luke Crane, Burning Wheel

“…one of the most unusual, thought-provoking, and limitless RPGs of the past 10 years.” - Zachary Houghton, RPG Blog

In order to download this game you must purchase it at or above the minimum price of $10 USD. You will get access to the following files:

Hi there! I'm the creator of the tabletop rpg CBR+PNK and I'm planning a short cyber-themed bundle for Cyber Week (Nov 29th to Dec 3rd).

My aim is to collect about 20 products from around 15 creators in the tabletop gaming space. It would be trully awesome if you'd join this bundle with this game! Let me know your thoughts on this :)

Reply
Jared A. Sorensen1 year ago

Sounds interesting but I don't know what this means!

A bundle is a collection of products that can go on sale together. The buyer only pays once and gets everything in it for (usually) a great discount.

We can talk about the details on another channel like Twitter, Discord or email. Let me know!

Reply
Jared A. Sorensen1 year ago

Cool. I'm not sure Lacuna fits as it's not a cyberpunk game, but I appreciate you reaching out! 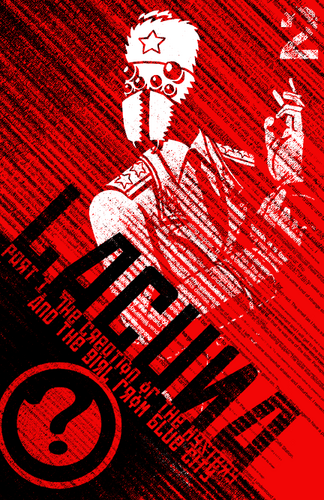